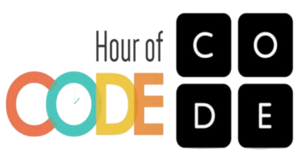 This week, across over 150 countries, millions of people have tried out computer programming for the first time as part of Computer Science Education Week. Anyone can learn to code, including YOU!

What's an Hour of Code?

It's an one-hour introduction to computer science, designed to demystify "code" and show that anyone can learn the basics to be a maker, a creator, an innovator.

The Hour of Code program will provide a variety of self-guided tutorials that anybody can do, on a browser, tablet, or smartphone. We'll even have unplugged tutorials for classrooms without computers. No experience needed.

The Hour of Code is just one of many different events planned for Computer Science Ed Week.

What is Computer Science EdWeek?

Computer Science Education Week (CSEdWeek) is an annual program dedicated to showing K-12 students the importance of computer science education. Organized each year by the Computing in the Core coalition and Code.org, CSEdWeek is held in recognition of the birthday of computing pioneer Admiral Grace Murray Hopper (December 9, 1906).

What is the Hour of Code?

The Hour of Code is a one-hour introduction to computer programming, designed to demystify code and show that anyone can learn. Your Hour of Code can take place any time during CS Ed Week!

Existing computer science teachers can create their own Hour of Code lesson, if they want. For everyone else, we'll provide self-guided tutorials that anybody can do. Participants don't need any prior experience or even a computer.

Do I need to know any computer science to host an Hour of Code?

No. Hour of Code modules and tools are self-directed. All you have to do is pick the tutorial you want and pick an hour -- we take care of the rest.

Do we need computers for every participant?

NO COMPUTERS NEEDED! We will curate a selection of Computer Science tutorials that work on PC’s, smartphones, and tablets – so really you can join wherever you are with whatever you have.

If you have more than one device, research shows that students learn best when they are pair programming, sharing a computer. So encourage your students to double up. If using smartphones, they can take turns.

If you have only one internet-connected device, then you can have an audience interactively shout out answers while you go through the tutorial on a shared screen using a projector.

And if you don't have any internet-connected devices, you can still participate. Computer Science is all about problem solving, logic, and design, so you can start with pencil and paper (like some of the best professional programmers) using "unplugged" tutorials.

What happens during CSEdWeek besides the Hour of Code?

We encourage all participants to organize their own creative activities for CSEdWeek, in any way that promotes computer science education -- especially the theme of equal access. The CSEdWeek team will highlight the best of these programs on the CSEdWeek.org website and to the press.

Why is it important for students to learn computer science?

Computer science is a foundational field for every 21st century career or field of study. Learning the basics of computer science prepares students for a world that is increasingly dominated by technology. Research shows that students who study computer science also perform better at math.

Besides, computer science is where the jobs are. More than 50% of all jobs in STEM (science, technology, engineering, and math) are computing jobs. Some other stats:

What day do I need to do my Hour of Code?